Disability and Assistive Technology in Lesotho 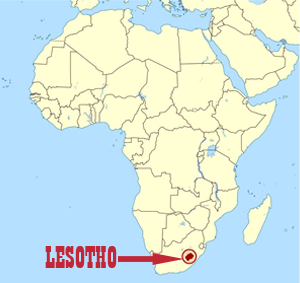 In Lesotho, the Southern Africa Federation of the Disabled (SAFOD) works with its national affiliate, the Lesotho National Federation of Organisations of the Disabled (LNFOD). This is an umbrella body of organizations dealing with disability in Lesotho established to advocate for, promote, and defend the rights of people with disabilities and their families through provision of training, material and emotional support, and by representing their needs to government, development partners and the wider community.

According to an article published in the African Disability Rights Yearbook (ADRY) by the Pretoria University Law Press (PULP), Lesotho has a very limited coordinated disability database to provide statistics of persons with disabilities. For example, the Ministry of Education and Training and Ministry of Development Planning undertook studies in the early 2000s estimated the population of people with disabilities at 4.2 per cent and 5.2 percent, respectively.

However, in December 2009, the Bureau of Statistics (BOS) reported that 3.7 per cent of the total population of Lesotho has some form of disability of which 2.1 per cent constitute males and 1.6 per cent females. The article further reports that the most prevalent forms of disabilities in Lesotho are visual, hearing, mobility, remembering, self-care and communication impairments.

Lesotho ratified the Convention on the Rights of Persons with Disabilities (UNCRPD) on 2 December 2008.   However, with regards to the status of domestication of the Convention, LNFOD Director, Nkhasi Sefuthi, writes in his article published in the in the Global Disability Watch, that as of 15 February 2016, Lesotho had not enacted disability rights legislation that would ensure that people with disabilities access their rights on an equal basis with others.

He argues that despite the early ratification, Lesotho has not done much in terms of complying with Article 4 of the Convention, as the country continued to enact disability discriminatory laws, such as the enactment by Parliament in 2010 of Section 45C of the Penal Code Act on abortion which illegalizes abortion in the country but allows for abortion if a pregnant woman is at risk of giving birth to a severely disabled child. The law creates ground for discriminatory exceptions against children with disabilities to even be born. This, however, is just one of the many other examples he cites.

In terms of the situation of assistive technology in Lesotho,  SAFOD and LNFOD's work related to assistive technologies did not start with the AT-Info-Map project, as assistive technologies was one of the important component in the surveys on Living Conditions among People with Activity Limitations in Developing Countries carried out in nine of the SAFOD’s ten countries in Southern Africa. These surveys were part of SAFOD’s regional initiative to establish baseline data on living conditions among people with disabilities in Southern Africa, coordinate by the SINTEF, on behalf of the Norwegian Federation of Organizations of Disabled Persons (FFO ) and SAFOD.

According to the Lesotho survey findings, whose report was officially released on 20 February 2011, it was found that a minority of those surveyed (13.9%) claimed to use assistive devices. It is interesting to note that this figure equals more or less the figure in Zambia (13 %) but otherwise is lower than in the other countries surveyed; Malawi (17%), Namibia (18%) and Zimbabwe (26%). Among those who used assistive devices in Lesotho, about one third were not satisfied with the devices.

The findings also found that there was a very clear “mobility bias” with regards to distribution of assistive devices, in that more than 80% of the devices in use were for mobility purposes.

Considering that the research findings were released about eight years ago (as of January 2019), quite a number of changes might have happened since then due to many political and socio-economic factors.

For this reason, SAFOD will continue to update this page with any new interesting information related to the AT situation in the country, or if you are a disability focused organization that has worked in Lesotho, or an independent researcher with any useful information about the AT situation the country, SAFOD would love to hear from you should you be willing to share whatever related information you may happen to possess. Please contact us here