Disability and Assistive Technology in Malawi 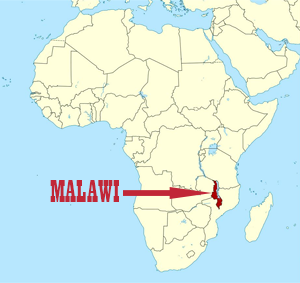 In Malawi, the Southern Africa Federation of the Disabled (SAFOD) works with its national affiliate, the Federation of Disability Organisation in Malawi (FEDOMA). FEDOMA is an umbrella organisation is respected and consulted by both the Government of the Republic of Malawi and NGOs on issues that relate to disability.

However, enforcement of the disability law remains a challenge, and disability mainstreaming - including general awareness - appears to be slow. Lack of awareness has been manifested especially in the rising incidents of ritual killings of persons with albinism.

With regards to the lack of law enforcement, this has been manifested mostly on issues of accessibility. The Disability Act has clauses that force duty bearers and the public to make all public buildings accessible to persons with disability (by putting ramps) or risk a fine or imprisonment by a competent court of law if they default. Yet there has never been a single case so far brought before the court of law despite clear evidence of widespread non-compliance.

The 2018 Population and Housing Census (PHC) Preliminary Report by the National Statistical Office (NSO), acknowledges that disability was integrated into the country's latest national population census, and that the set of questions related to disability that was used was actually recommended by the Washington Group on Disability Statistics (WG). It further acknowledges that, notably, the 2018 Malawi Population and Housing Census even included questions on albinism, which was not the case in all past censuses.

However, despite including a summary of population data disaggregated by age, gender, household size, etc, the 55-page preliminary report does not summarize or mention anything to do with disability. At the time of publishing report, the full report had not yet been published by the NSO. At present we do not want to quote any other population data published in the past when we are aware that new official data is available even though it is not yet published. We will, therefore, ensure to update this page with fresh data from NSO as soon as it becomes available most likely this year (2019).

In terms of the situation of assistive technology in Malawi,  SAFOD and FEDOMA's work related to assistive technologies did not start with the AT-Info-Map project, as assistive technologies was one of the important component in the surveys on Living Conditions among People with Activity Limitations in Developing Countries carried out in nine of the SAFOD’s ten countries in Southern Africa. These surveys were part of SAFOD’s regional initiative to establish baseline data on living conditions among people with disabilities in Southern Africa, coordinate by the SINTEF, on behalf of the Norwegian Federation of Organizations of Disabled Persons (FFO ) and SAFOD. in Malawi the first survey was conducted in 2003 and the Malawi Report was released the following year.

However, another follow-up survey on the Living Conditions among People with Activity Limitations has been conducted and completed in 2018, awaiting official release/launch of the survey report. We will, therefore, update this page soon with new findings on assistive technology that provides a truer reflection of the situation on the ground, considering that the last took place some 15 years ago.

For this reason, SAFOD will continue to update this page with any new interesting information related to the AT situation in the country, or if you are a disability focused organization that has worked in Malawi, or an independent researcher with any useful information about the AT situation the country, SAFOD would love to hear from you should you be willing to share whatever related information you may happen to possess. Please contact us here